Adventures of Eating Vegan on the Road

“I’m really looking forward to my Shrimp and Grits,” I said to David as I popped another fried pickle into my mouth. Charlie gazed on from underneath the table, smiling and panting, trying to keep cool. The town was Charleston, SC and the watering hole was the Blind Tiger Pub. We were on a mini […]

Milk is a confusing subject. I didn’t think this until my recent trip to India during which I studied Ayurvedic nutrition with Dr. Madan Kumar. I fondly refer to my introductory studies as the Ayurvedic mind boggle because it challenged the way I think about food, specifically milk. I learned from reading The China Study […]

Transitioning to a Vegetarian Lifestyle

During my time in Mysore one of my friends adopted a vegetarian way of eating. This was a fairly easy transition for him because we ate every meal out and the vegetarian selections in India are quite vast. But he remarked to me that he wasn’t sure what he was going to eat when he […] 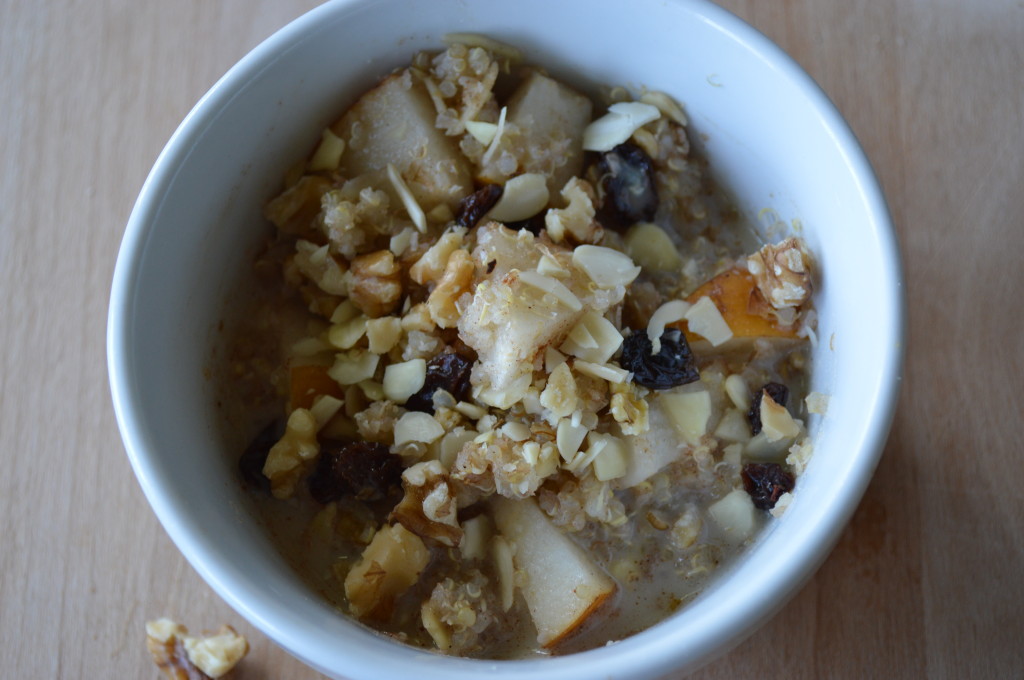 I just returned from New York where I was supporting my amazingly talented and flexible sister as she competed in the Bikram Yoga National Championships. On the morning of the finals, my mother and I had been released from our duties just long enough to eat breakfast before we were summoned back to distract Heather […]