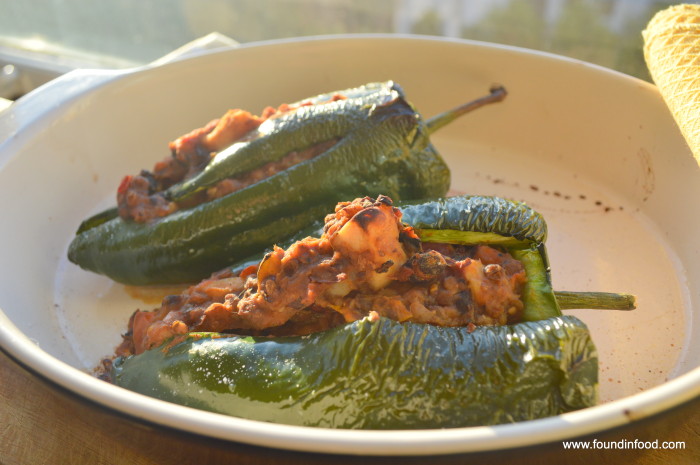 Put the bulgur and 2 cups of water in a saucepan. Bring to a boil. Simmer, with the lid on, for approximately 25 minutes or until bulgur has absorbed the water.

Lightly oil a large baking dish. Slit the peppers lengthwise. Use your hands and a pairing knife to remove the seeds and membranes, leaving the stems intact. Using a spoon stuff the peppers with the chili. Brush the peppers with olive oil and bake for 35 minutes until the skin is slightly browned and the pepper is tender. Serve over the bulgur.