“You’re the easiest Mysore guest I’ve ever had,” my friend Liza said to me a few days after I’d arrived. We were lounging in our ‘dorm’ room avoiding the sweltering afternoon heat and basking in the air conditioning, a luxury that very few experienced in Mysore. Liza was complementing me for being so laid back and rolling with the inevitable punches that India is famous for dealing to Westerners (the sweltering heat and lack of air conditioning, the constant smell of burning plastic and urine, the trash that is literally everywhere, the elusiveness of toilet paper, violent illness, and the intermittent internet, just to name a few). I thought to myself, thank you Liza for noticing my total zen and incredible ability to seamlessly adapt no matter how trying the situation. I patted myself on the back for living up to the standard of ‘travel ninja’ I had set for myself.  But then I remembered the hundreds of frantic emails I sent to Liza and Merrin for weeks leading up to my departure. I remembered the essay-like responses full of sage advice from my seasoned India-traveller friends, who were doing this trip for the third time.

In response to the question of what to pack and wear I got these gems:

“So you always pretty much look like you’re in pajamas or homeless.”

“Think of it as if you were going to Arizona in September but had to live with a herd of teenage boys.”

“If you bring it to India, be okay with it getting ruined.”

And these tips for surviving the three hour cab ride from Bangalore were crucial:

“Don’t be alarmed if the cab driver stops 2 times for chai.”

“Don’t breath in the air from outside. It will make you feel sick.”

If it hadn’t been for this invaluable advice I would have arrived with a bag full of sun dresses and bikinis. I would have rolled down the windows in the taxi thinking I would get some fresh air only to be smacked in the face with that smell of burning plastic and urine which would have immediately made me sick after 36 hours of traveling and no sleep. I then would have FREAKED THE F OUT when I convinced myself that the chai shop was a front for the human trafficking operation to which I was about to be sold. Yes, thanks to my friends my first hours in India were extremely pleasant and got the whole trip off to a good start. 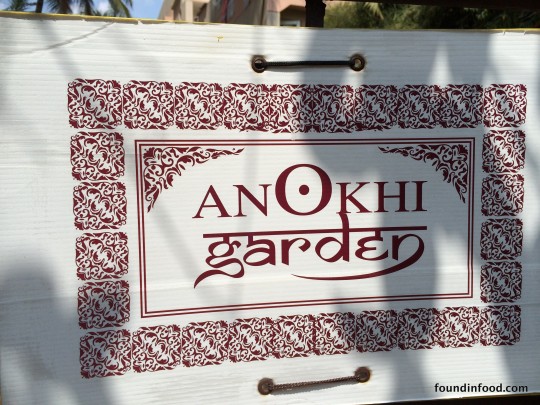 Mysore is the birthplace of Ashtanga Yoga. For a few months at the beginning of each year it is overrun with yoga students who have come to study at the source. For two shorts weeks I joined these extreme people and allowed my life to consist only of yoga. After practice each morning we congregated at one of the yogi cafes for ragi pancakes, veggie scrambles and fruit salad. Flora’s Fruit Salad, (named for the owner) was served at Anokhi. It was the best fruit salad in Mysore.

Chop up the pineapple, watermelon and banana. Sprinkle with the pomegranate seeds, raisins, coconut and dates. Tear some fresh mint or basil over the top. This is a delicious breakfast – perfect to enjoy after an early morning practice.